Coming from the North Shore of Massachusetts, Leo Heffernan has constantly had his ears to the music world. His full library includes albums from Frank Sinatra and Bing Cosby to Lil Yachty, BROCKHAMPTON, and everything in between. When he was 17, he began to review albums for his high school paper and has continued ever since. Now 21, he looks to put his passion to the masses. In his free time, he enjoys biking, basketball, and cooking.

Born and raised in Long Island, NY,  Peter McDermott has always had a love for music. He is a multi-instrumentalist who grew in the New York music scene and has written, produced, and worked on four professional releases and has played over a hundred shows with various artists. A working actor and musician, Pete spends his free time traveling, hiking, and writing. He is excited to be working with his friend, Leo Heffernan, on growing Colossus Music. 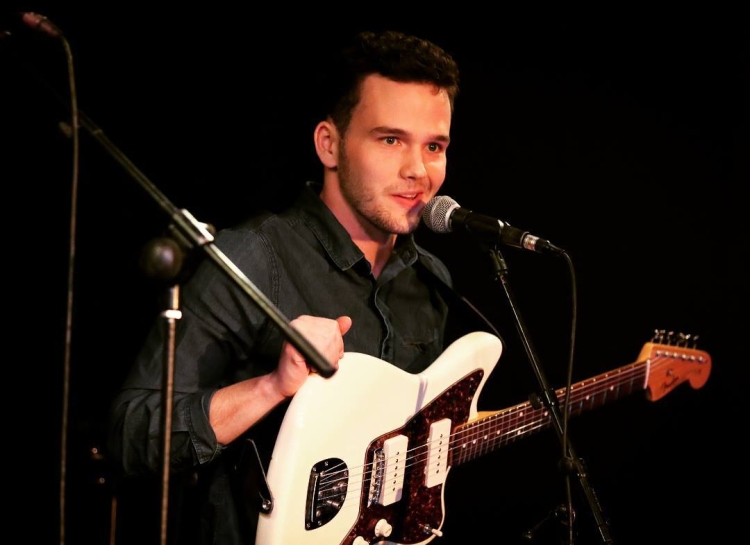 When he was born in Boston, it was almost as if he had been listening to classic rock even while in the womb. Join Drew every #FlashbackFriday to learn more about the history of music through his reviews. Growing up in a small town on the North Fork of Long Island, James was always finding ways to stay entertained. Music was one of these outlets. Listening to, studying, appreciating, and eventually creating music has always been huge aspects of James’ life. After years of dabbling with a variety of instruments, James joined the music scene with his debut album JMax Hypetrain in 2018 at the age of 22. On his rare days off from work, James can be found writing, working with his life-long friend and producer James Penney, or improving his guitar skills.

Favorite Live Acts: John Mayer, Aer, and The Dirty Heads
Favorite Albums: The Bright Side – Aer, Acid Rap – Chance the Rapper, Because The Internet – Childish Gambino, A Fever You Can’t Sweat Out – Panic! At The Disco, Born and Raised – John Mayer, Skynyrd’s Innyrds – Lynyrd Skynyrd
Favorite Instrument: Stand-up Bass
Other Hobbies: Writing for Colossus, coming up with ideas for future projects, and spreadin’ the love